IVF, short for in vitro fertilisation, simply put is the process wherein a developed embryo is implanted in the uterus (or womb) for a pregnancy.

IVF is the most effective form of assisted reproductive technology. The procedure can be done using a couple’s own eggs and sperm. What is IVF and how is it done?

In vitro traces its origin to Latin and it means ‘in glass’. In medical terms, IVF involves fertilisation or the fusion of the male and female gametes outside of the human body – in a laboratory dish. Due to the nature of the process, the term “test tube baby” is used in common parlance for the procedure.

IVF can be performed in two ways – self cycle and donor cycle. In self cycle, eggs and sperms from the female and male partners, respectively, are collected. Donor cycle comprises utilising either egg or sperm or both from a donor; sometimes, even donor embryos may be used in an IVF cycle. The female egg and the male egg are then fertilised in sterile and controlled laboratory conditions to result in an embryo. The embryo is allowed to develop to the blastocyst stage before it is transferred into the female partner or surrogate’s uterus. A beta-human chorionic gonadotropin (beta-hCG) test is then performed two weeks later to ascertain if implantation has taken place.

IVF treatment is required in cases where the patients have primary infertility, that is, the inability to conceive naturally or secondary infertility, that is, the inability to have children after conceiving naturally in the past. It can be due to underlying conditions in either the female or male partner, or both. Some conditions for which IVF is recommended are as follows:

Understanding the IVF procedure step-by-step is essential to aligning expectations to that of the success of the technique.

We understand your dreams of expanding your family and that undergoing infertility treatment may seem like a taxing processes. At Sunrise IVF, our excellent doctors are equipped to help you every step of the way, and to ensure that you have seamless stepping stones onto parenthood.

IVF cost in India can vary depending on the clinic. In most cases, the IVF treatment cost ranges between INR 50,000 to 2 lakh.

At Sunrise IVF, the base price for the treatment remains the same however, a variable cost may be associated with IVF procedure due to medication used. The total IVF treatment cost can also depend on any additional surgical procedures that need to be performed. Use Of Latest technology 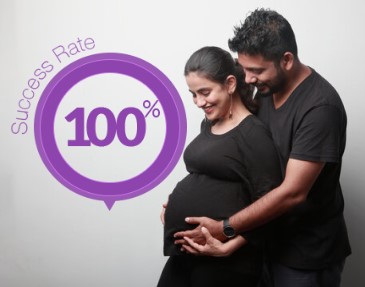 Sunris IVF Centre, Bareilly can help you achieve your dream of Parenthood

We provide the most comprehensive range of services to cover all the requirements at a Fertility clinic including in-house blood lab, consultations & treatments.

Speak to our Fertility Advisors, Now! Tell us about your problems and we’ll figure out the best treatment option for you.